The recent immigration bans in the US created a lot of uncertainty among green card and visa holders who are now working or plan to work in Silicon Valley.

This is not good for the United States, but, Silicon Valley’s loss may be the key to the revitalization of Calgary, Canada.

Within a week of his inauguration, Donald Trump issued his first executive order that banned immigrants and refugees from 7 nations in the Middle East. Green card holders and those with visas were barred from entering the US. Although the ban was ultimately called to a halt by several US courts, the President promised a new ban will be forthcoming. This has created a lot of uncertainty among green card and visa holders who planned to work in Silicon Valley. This is not good for the United States, but, Silicon Valley’s loss may be the key to the revitalization of Calgary, Canada. 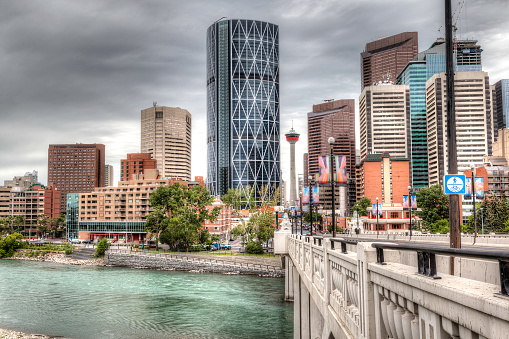 “We had made the decision before he (Trump) was elected to put a greater emphasis on the U.S. It’s more driven by the dollar and the fact we have great talent and economical office space, rather than the Trump factor.”

Canadian news sources noted that Toronto, Vancouver, and Montreal were courting talent heading to or presently in Silicon Valley. But, Ms. Moran eschews that activity for a more focused approach. She noted that Calgary Economic Development has spent the past half-year identifying US companies as part of “high potential markets” with interest in either relocation to Calgary or opening a satellite office in the city.

“We’re trying to avoid getting in a lineup with seven other jurisdictions all going down there right now. We really have a razor-sharp target on certain industries and companies,” said Moran.

Science, technology, engineering, and math are well represented in the Calgary population. In fact, with one of the highest STEM populations in Canada, Silicon Valley firms are already aware of Calgary.

While STEM-savvy people are ubiquitous in Calgary, they often go to Silicon Valley for work. Even so, the immigrant ban and the uncertainty it caused is an undeniable advantage for Calgary. Workers, especially those from Muslim nations, are rightfully concerned about their future in the US.

For example, Stephen Green, a partner with the Toronto-based law firm Green-Spiegel who specializes in immigration law recently said:

“You’ve got some highly skilled people in the United States now that are quite candidly stuck or can’t come back to Silicon Valley if they left.” Green continued, “There is tremendous uncertainty in the United States on people from various parts of the world and everyone’s thinking ‘wow, will I be the next group?”

Unintended consequences often last far longer that the incident that causes them. Is President Trump’s “Muslim Ban” going to be the beginning of the end of Silicon Valley’s dominance in the Tech sector?

For the most up-to-date news, white-hat hacking tips, and information about tech you can trust Delphi Systems in Lethbridge. To contact us (403) 380-3343 or info@delphisystems.ca.